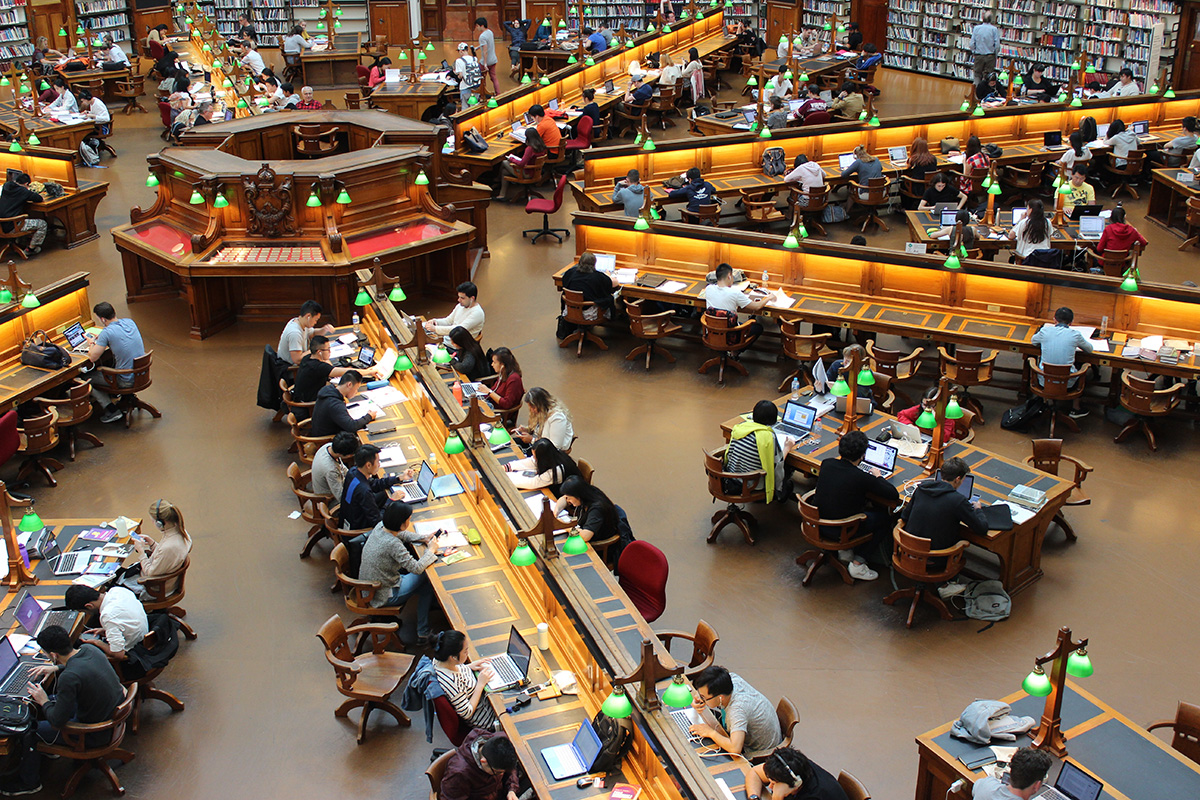 The words “heritage sector” make many think of dusty museums. Some may think more progressively of modern libraries. Not many will think of Wikis.

Wikipedia, launched 17 years ago, brought Wikis (collaborative websites that were developed to quickly edit content without the need for extensive coding) to public attention and grew a whole community of editors.

One such editor is Jason Evans. Originally “Wikipedian in Residence” at the National Library of Wales, Evans now works as the “National Wikimedian for Wales”, providing services that advance the representation of Wales and Welsh language on Wikimedia projects.

A treachery or a modern mission of libraries?

“I had nothing to do with Wikis,” says Evans, “I worked in the reading room at The Library, specialising in genealogy and local history research. My first experience of the Wiki community came after an article I’d published was picked up and used as the basis for a Wiki article.”

For some, the idea of a library encouraging Wikipedia would be treachery.

Evans wanted to find out what Wikis could do.

“I spotted a few errors in the Wikipedia article, and took my first small step into the world of Wiki editing,” he tells, “soon I was part of a community of volunteers united to provide free and open knowledge to the world.”

For some, the idea of a library encouraging Wikipedia would be treachery. However, Evans sees no contradiction.

“The strength of a Wikipedia article is its citations,” he argues, “those citations provide readers with a gateway to books and digital archives. Rather than being alien in a library, Wikipedia’s a digital access point to traditional library resources, making libraries and Wikipedia perfect partners.”

If people choose to use Wikipedia, then surely it’s the responsibility of libraries to support it.

In addition, he says, for many millions, Wikipedia is the only source of reliable information they can access.

“As technology’s developed and expectations changed, the mission of libraries needs to be interpreted in new ways. If people choose to use Wikipedia, then surely it’s the responsibility of libraries to support it, help develop its reliability and ensure resources are included in it.”

Jason Evans talks of Wikipedia in libraries worldwide: “In Catalonia all librarians are trained to edit Wikipedia and can run community events at their libraries,” he reveals. “This is supported by the Government as local communities engage more with their libraries and each other.”

As in all adult learning, Wikis can lead to social progression.

Libraries are learning spaces and Evans thinks Wikis are too: “Catalonians increased their skill sets and understood the resource their children use while engaging with Catalan culture and language.”

It’s not just Catalonia. “In the Czech republic and Israel workshops get senior citizens engaged with editing Wikipedia. This teaches computer literacy skills, but the social benefits of engaging people collaboratively are just as important.”

As in all adult learning, Wikis can lead to social progression. “I’ll never forget a volunteer telling me that contributing to Wikipedia gave him confidence and motivation to start looking for work,” recalls Evans, “For others it’s just the social aspect of meeting up.”

Wikipedia in preserving a minority language

Despite enthusiasm for the platform that’s become his profession, Evans’ real passion is history and, in particular, the history, culture and language of Wales.

Wales stands out in the UK as a bilingual country; all documents and road signs have to appear in both English and Welsh. Despite this, many fear the loss of the Welsh language and, with it, the loss of Welsh identity. Evans sees his work as critical in preserving it.

“Our identity as a nation is tied up in our history, culture and language. It’s vital that we provide effective access to information about this digitally. Where better than one of the biggest websites in the world?”

Wales has a love-affair with the sport of rugby and Evans has used this to get learners together:

“We ran an edit-a-thon at the Principality Stadium in Cardiff on the history of rugby in Wales, inviting an expert to speak to volunteers and work with them as they improved related Wikipedia content. It’s great for volunteers to learn about editing Wikipedia teaching them new skills like basic coding, literacy and research while engaging them with library collections.”

Important information needs to be available through the medium of Welsh in the places people expect to find it.

Around 60 per cent of those living in Wales don’t speak Welsh. Despite evidence that take up may be increasing it was, until recently, seen as declining. For many, including Evans, the secret to reviving or preserving this historic tongue is closely linked with its relevance to modern life.

“Important information needs to be available through the medium of Welsh in the places people expect to find it,” he says, “so a Welsh language Wikipedia is hugely important. Children and parents use Wikipedia for homework, people rely on it for health information and for more trivial things like celebrity information. Welsh Wikipedia needs to offer this same information in Welsh to encourage greater use of the language.”

“Wikipedia provides the heritage sector with ways of sharing collections with a wider audience. For example, the National Library of Wales shares thousands of images openly for use on Wikipedia.”

Wikipedia events are great at engaging learners with archive collections and local history, demonstrating that heritage institutions are not dusty throwbacks or exclusive clubs but are vibrant, modern, welcoming community hubs, reinventing themselves to remain relevant.

He gives an example. Since they started in 2016, articles containing our images have been viewed 300million times, in over 100 different languages.

“Wikipedia events are also great at engaging learners with archive collections and local history, demonstrating that heritage institutions are not dusty throwbacks or exclusive clubs for academics but are vibrant, modern, welcoming community hubs, reinventing themselves to remain relevant.”

Enthusiasm is spreading and winning the sceptics over.

“Increasingly people I speak with are curious, enthusiastic, sometimes cautious but not negative,” Evans tells, “and many Universities now engage with Wikipedia. Edinburgh and Oxford recently employed Wikipedians in Residence and Edinburgh and Wales have several courses which include Wikipedia based assignments.

There’s still stigma attached to Wiki by some, but increasingly it’s seen as an opportunity for students to pick up a range of additional skills while giving something back to a global community.

Motivated by Evans and other editors, educators globally are looking at getting involved with Wikipedia. Evans advises everyone to follow his route in:

“Simply click edit on an article and make a few small improvements, get a feel for it. For the most part, the editing community on Wikipedia are kind and helpful. There are also some fantastic help guides on Wikipedia itself.”

Wikipedia offers a flexible, multilingual platform for adult learning activities to suit everyone.

If you want to get involved in a Wikipedia event, or even want to hold your own, just contact your local Wikimedia Chapter or user group, he advices. They can offer advice, provide training and even help find funding.

“Wikipedia offers a flexible, multilingual platform for adult learning activities to suit everyone so please don’t dismiss it. Instead become part of a global movement which aims to provide access to free knowledge for all!”.

is a communications, digital learning and innovations professional.

Sharing Heritage – but shaping whose identity?

World of research. 2018 is the year of European Cultural Heritage. However, the first research results also highlight questions of power and privilege. The question is: ‘whose’ European identity i...

Museums are maps to the future

Essex Havard, Ian Fraser and Bridget McKenzie explain why museums in Britain have taken on the task of adult education about environment and climate.

Interview. Introducing a European museum project with a specific aim: to make art accessible to people with Alzheimer’s disease.
X